Less than one year after Kim Kardashian and Kanye West were declared legally single in March 2022, West has seemingly remarried, and his alleged new wife actually works for his company, Yeezy.

TMZ reported on January 13 that West and Bianca Censori recently had a private wedding-like ceremony, although they haven’t yet filed a marriage certificate to make it legal. West was seen wearing a gold wedding band while at lunch with Censori in Beverly Hills on Monday, January 9, and the outlet reports he released a song about her, “Censori Overload” last month.

West has kept a lower profile since his disturbing antisemitic remarks and Hilter comments generated public outrage and lost him numerous business deals, including his lucrative Adidas Yeezy collection, and his billionaire status in October. Kardashian has not commented on West’s alleged new marriage, and Censori and West have only been sighted together very recently, per TMZ.

Here, all you need to know about Censori and her connection to West. 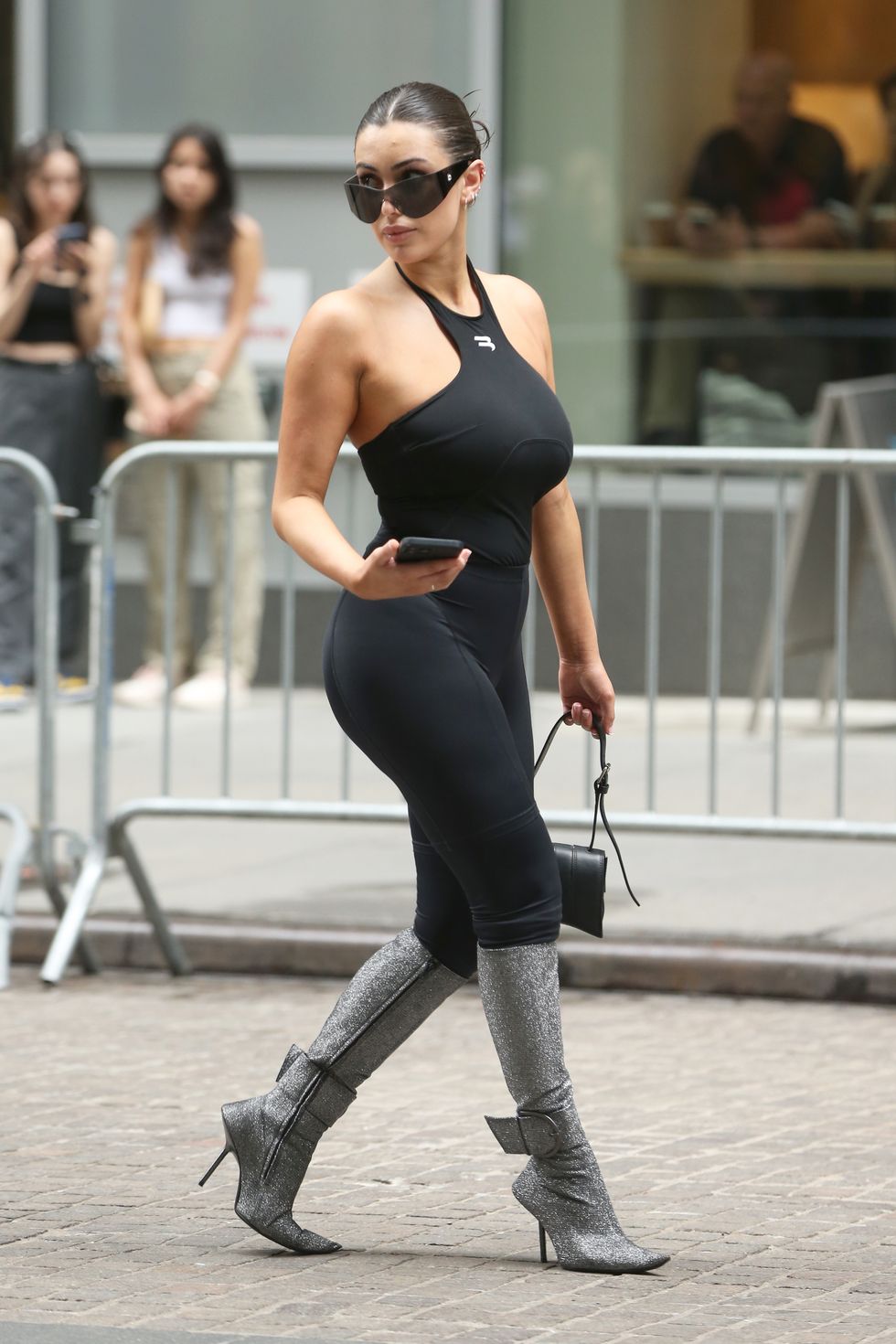 Censori is an Australian architect who has worked for Yeezy since 2020.

Censori is Australian. Her exact age isn’t public, but The Sun reports she’s believed to be around 27. Her LinkedIn describes her as having finished high school in 2012 and her undergraduate degree in 2017. Her position on the page is listed as head of architecture at Yeezy. She’s been a brunette in the past, but recently went blonde and short in new photos with West.

Censori has a master’s in architecture from the University of Melbourne.

Censori earned both bachelor’s and master’s degrees in architecture at the University of Melbourne. She finished her master’s education in 2020 and received her bachelor’s degree in 2017. She previously was a student architect at DP Toscano Architects from July 2017 to June 2020 prior to starting at Yeezy in November 2020, per her LinkedIn.

Censori was asked how she got into architecture. “I was born and raised in Melbourne, Australia,” she said. “As a child I was consistently drawn to creative endeavors, mostly artistic. I always wanted to be a sculptor and to me, architecture is the union of art and pragmatics. It is the grandest artistic gesture that we can place onto the earth. I was drawn to it, purely, as a shift in artistic scale.”

“As a child, I spent a lot of time with my aunt who would consistently expose me to an array of art, film, and architecture,” she continued of what fueled her interest in the craft. “She really drove my love for design and instilled in me an eye for aesthetics that I was able to nurture into adulthood.”

She and West were first seen together in early January 2023 and hadn’t legally married when wedding news came out.

West’s romance with Censori, at least publicly, is very new. It’s unclear when the two started dating. TMZ reported that Censori and West were seen at the Waldorf Astoria Beverly Hills sharing a meal on Jan. 9, 2023. On January 13, when it reported on their alleged marriage, the outlet added that while West and Censori weren’t seen or photographed together side by side, she had been at “some Kanye-adjacent events, including a Balenciaga show in May.”

Multiple sources connected to Censori and West told the outlet on January 13 that the couple “recently had a private ceremony to celebrate their love” but didn’t appear to file a marriage certificate yet to make it legal. West was seen wearing a gold ring to symbolize his commitment to her, TMZ reported.

What appears to be Censori’s Instagram disappeared following news she and West may be married.

Daily Mail noted that what appeared to be Censori’s Instagram account (@bianca.censori) is now unavailable following news of her and West’s alleged marriage. Censori had 16,500 followers and just 27 posts before the handle was seemingly deactivated.

Yesterday evening, West’s ex-wife posted two quotes on her Instagram Story around the time news of the “marriage” came out. “Just remember, the black sheep turns into the goat. Keep doing you,” one read. Another that followed said, “People who want to see you win, will help you win. Remember that.”

Kardashian broke into tears when discussing how hard co-parenting with West had been in an interview released in late December, especially given his hateful public comments. West and Kardashian share four children: North, Saint, Chicago, and Psalm.

“One day my kids will thank me…for not bashing their dad,” she said at one point. She added later, “I definitely protected him, and I still will in the eyes of my kids. For my kids. So, in my home, my kids don’t know anything that goes on [in] the outside world.”

A source told Page Six a few days after news of the marriage broke that Kardashian “hates” Censori, and has obviously been aware of her for some time.

West’s song “Censori Overload” does not say much about her, but hints why they may have gotten “married” so fast.

TMZ pointed out that West released a song with Censori’s name in the track title last month. Its beginning verse, “And The Bible said / I can’t have anymore sex / Till marriage,” may be a hint, the outlet speculated, about West’s sudden decision to get remarried.

Her family is supportive of her relationship with West.

Angelina Censori, Bianca’s sister, recently told the Herald Sun, according to the Daily Mail, “It’s very exciting news for both my sister and the family, but we choose to have some privacy for the time being.”

Alyssia Censori, another relative of Bianca, said that she was “super happy for them both.”

Alyssa Bailey is the senior news and strategy editor at ELLE.com, where she oversees coverage of celebrities and royals (particularly Meghan Markle and Kate Middleton). She previously held positions at InStyle and Cosmopolitan. When she’s not working, she loves running around Central Park, making people take #ootd pics of her, and exploring New York City.